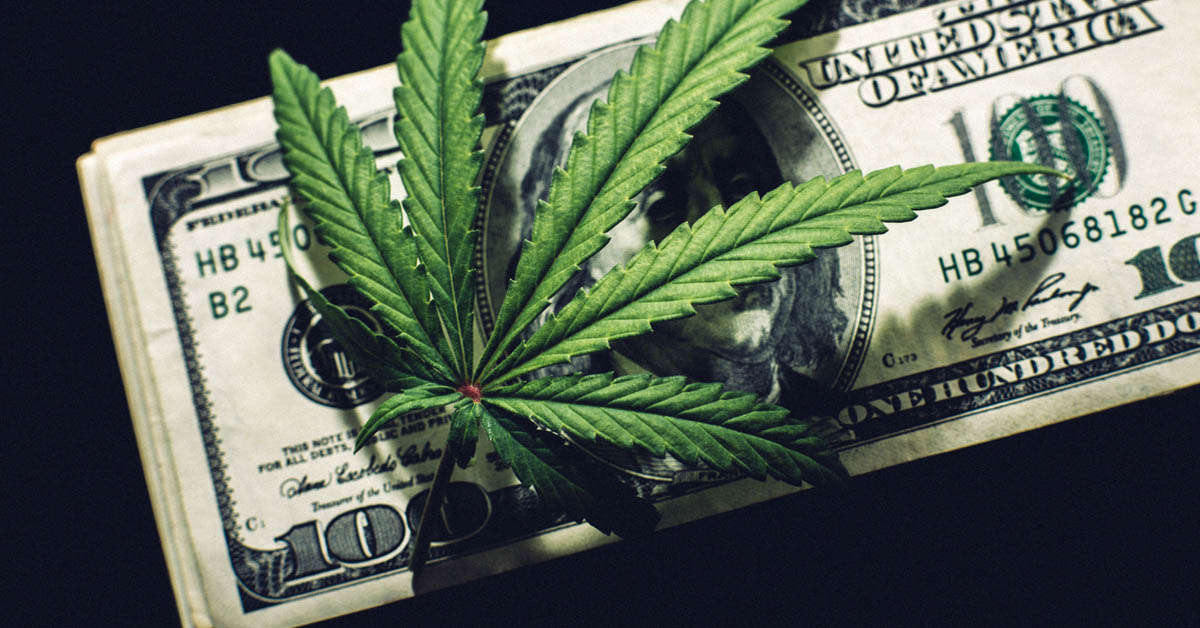 New Frontier Data, a data analytics firm focused on the cannabis industry, forecasts that if legalized on the federal level, the marijuana industry could create an entirely new tax revenue stream for the government, generating millions of dollars in sales tax and payroll deductions.

When there are budget deficits and the like, everybody wants to know where is there an additional revenue stream, and one of the most logical places is to go after cannabis and cannabis taxes, said Beau Whitney, a senior economist at New Frontier Data.

The analysis shows that if marijuana were fully legal in all 50 states, it would create at least a combined $131.8 billion in in federal tax revenue between 2017 and 2025. That is based on an estimated 15 percent retail sales tax, payroll tax deductions and business tax revenue.

The federal government would reap $51.7 billion in sales tax from a legal marijuana market between 2017 and 2025, entirely new revenue for a business that remains illegal -- and unable to be taxed -- federally.

The business tax rate for the study was calculated at 35 percent. The corporate tax rate was lowered to 21 percent in a sweeping tax bill President Trump signed last month.

The study also calculates that there would be 782,000 additional jobs nationwide if cannabis were legalized today, a number that would increase to 1.1 million by 2025. That includes workers at all ends of the marijuana supply chain, from farmers to transporters to sellers.

The study estimates that about 25 percent of the marijuana market will continue to be illicit, and will shrink if the legal marketplace is not overly taxed or expensive.

Consumers want to do things legally in general, but they dont want to do it at too much of a price, Whitney said. If they go to 7-11 to pick up cannabis, theyre willing to pay 10 to 15 percent on top of what they get on the street. Once they get above that, it slows the transition and makes the consumer think twice about making that legal purchase.

Marijuana is legal for adult recreational use in eight states. California, the worlds largest market, started its recreational sales on Jan. 1. Twenty-nine states allow the use of medical marijuana. In the three states where adult use has been legal for the longest period of time  Colorado, Washington and Oregon  there had been a combined total of $1.3 billion in tax receipts, according to the study.

The nationwide legalization of marijuana, however, is looking unlikely under the Trump administration.

While there has been a bipartisan push in Congress to both legalize marijuana nationally and protect the individual states where it is legal, Attorney General Jeff Sessions has gone after the industry.

Last week Sessions made it easier for U.S. Attorneys in places where marijuana is legal to enforce federal law, rescinding Obama-era guidance that discouraged enforcement of federal marijuana law in states that legalized the drug.

The decision has been pilloried by the cannabis industry, which argued that Sessions is trying to stop the momentum of a growing business and restart the war on drugs. The decision has been harshly criticized even by some Republicans. Sen. Cory Gardner (R-Colo.) threatened to hold up the confirmation of Justice Department posts in response to the announcement.

Sessions said hes enforcing federal law, simply directing all U.S. Attorneys to use previously established prosecutorial principles that provide them all the necessary tools to disrupt criminal organizations, tackle the growing drug crisis, and thwart violent crime across our country, Sessions said in a statement.

Some in the industry believe Sessionss actions could force Congress to step in and regulate the market, or move to legalize marijuana altogether.

Okay, now Congress, do something, said Morgan Paxhia, managing director at Poseidon Asset Management, which invests in marijuana businesses. Heres a chance to do something meaningful that could move the industry in a much safer direction.

To some, there is no safe direction in which the marijuana industry can move. Kevin Sabet, president of Smart Approaches to Marijuana, which opposes marijuana legalization, said doing so would impose significant costs on taxpayers, resulting from workplace losses, car crashes, lost tourism revenue, administrative enforcement, and a multitude of other issues. They include, Sabet said, sales to minors and increased marijuana use.

We shouldnt let Big Marijuana fool us into believing their billion-dollar industry will somehow result in a net benefit for the country, Sabet said.