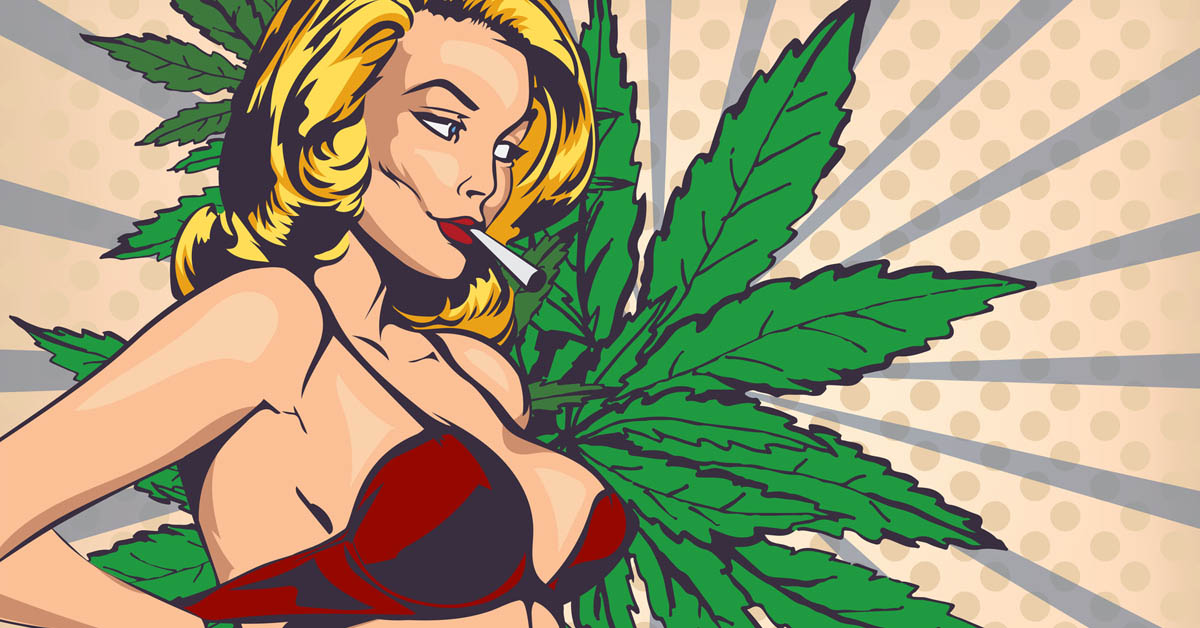 Nine states and Washington, DC, have legalized marijuana for recreational use  no doctors letter required  for adults over the age of 21. Medical marijuana is legal in another 29 states.

Support for the drug reached new highs in 2017. A Gallup poll showed that 64% of Americans favor legalization, and even a majority of Republicans back it.

The booming industry was expected to post nearly $10 billion in sales in 2017.

Heres a summary of where Americans can legally light up in 2018.

Alaska
Adults 21 and over can light up in Alaska. In early 2015, the northernmost US state made it legal for residents to use, possess, and transport up to an ounce of marijuana  roughly a sandwich bag full  for recreational use. The first pot shop opened for business in late 2016.

Alaska has pounced on the opportunity to make its recreational pot shops a destination for tourists. More than two million people visit Alaska annually and spend $2 billion.

California
It was the first state to legalize medical marijuana back in 1996. California became even more pot-friendly in 2016 when it made it legal to use and carry up to an ounce of marijuana.

California began issuing temporary licenses to dispensaries in December that will allow those stores to sell nonmedical marijuana. Those licenses became valid on January 1, 2018.

But that doesnt mean all Californians will be able to buy marijuana at the stroke of midnight. Many cities in the Central Valley, including Fresno, have moved to ban recreational sales.

Colorado
In Colorado, there are more marijuana dispensaries than Starbucks and McDonalds locations combined. Residents and tourists alike can buy up to one ounce of weed there.

The state joined Washington in becoming the first two states to legalize recreational marijuana in 2012.

Maine
A ballot initiative gave Mainers the right to possess up to 2.5 ounces of marijuana, more than double the limit in most other states. But that doesnt mean residents can buy the drug.

Maine Gov. Paul LePage dealt a major blow to the industry in November 2017, when he vetoed a bill that would have regulated and taxed the sale of recreational marijuana. The Portland Press Herald reported that lawmakers are meeting with LePage to propose a new framework.

Masachusetts
In 2016, Massachusetts gave residents the green light to carry and use an ounce of marijuana and grow up to 12 plans in their homes. But the future of the states legal market is hazy.

Lawmakers delayed the opening of pot shops to July 2018, instead of the January 2018 date that voters approved in the election. Until then, there will be no sales of recreational weed.

Nevada
Residents and tourists who are 21 and over can buy an ounce of marijuana or one eighth of an ounce of edibles or concentrates in Nevada  while supplies last. Less than two weeks after sales of recreational weed began on July 1, 2017, many stores ran out of marijuana to sell.

The state has earned nearly $20 million in marijuana tax revenue since the market launched.

Theres bad news if you want to grow your own bud, though. Nevada residents must live 25 miles outside the nearest dispensary in order to be eligible for a growers license.

Oregon
Oregonians have enjoyed the right to carry an ounce of weed and grow up to four plants at home since 2015. Its also legal to give edibles as a gift, as long as theyre ingested in private.

Sales have exploded since legalization. In 2017, the state paid out $85 million in marijuana tax revenue to fund schools, public health initiatives, state police, and local government.

Vermont
Vermont became the first state to legalize marijuana through the legislature, rather than a ballot initiative, when Republic Governor Phil Scott signed a bill into law on January 22.

Adults in the Green Mountain State will be able to carry up to an ounce of marijuana and grow no more than two plants for recreational use. The new law goes into effect in July. But the bill is limited in scope. It doesnt establish a legal market for production and sale of the drug.

Washington
Dispensaries in Washington have raked in over $1 billion in non-medical marijuana sales since the drug was legalized for recreational use in 2012.

The state allows people to carry up to an ounce of marijuana, but they must require the drug for medicinal purposes in order to be eligible for a growers license. So you can smoke it, but not grow it if youre toking for fun.

The bill took effect in 2015, allowing people to possess two ounces or less of marijuana and "gift" up to an ounce, if neither money nor goods or services are exchanged.